There’s a “quiet crisis” brewing in the United States, as the country struggles to attract, educate, and retain talented individuals in STEM fields on pace with other nations. And according to Dr. Shirley Ann Jackson, one way to work toward solving that problem is to encourage more collaboration among scientists and innovators.

Jackson, a recipient of the National Medal of Science and president of Rensselaer Polytechnic Institute, is the next Laureate to be featured in the National Science and Technology Medals Foundation’s “An Evening With” speaker series. A scientist, policy guru, and innovator herself, Jackson says engaging in conversations with future generations of scientists and researchers and encouraging them to work together is crucial to continue building on the discoveries that propel the nation’s economy.

There is a constant concern about not attracting and educating enough of our own young people in STEM, which over time has become a quiet crisis, she explains. The crisis is quiet, she says, because the problem has taken time to develop, and society at large might not entirely comprehend what’s happening. Not only is the country struggling to awaken a passion for science among younger generations – as shown by American students’ middle-of-the-pack results on international science and math exams and stagnating interest in pursuing STEM careers – but the federal government has also failed to maintain financial support for scientific research and development.

And the issue is becoming a full-fledged crisis because scientific discovery and technological innovation play such a large role in overcoming both economic and social challenges, she says. Being able to connect with others in the scientific community is crucial to making progress in a country’s economy and society.

BEING ABLE TO CONNECT WITH OTHERS IN THE SCIENTIFIC COMMUNITY IS CRUCIAL TO MAKING PROGRESS IN A COUNTRY’S ECONOMY AND SOCIETY.

Addressing the problem requires a multi-pronged approach. Jackson says that in order to attract more young people to scientific fields, the work needs to start earlier and target populations that are sometimes overlooked, such as women and underrepresented minorities.

“If we’re leaving them out, then we’re missing a large part of the talent,” she says.

According to Jackson, the problem stems from the way America’s education system approaches mentoring young people and teaching science, math, and other related subjects.

“You cannot do calculus if you cannot add, subtract, multiply, and divide,” she says. “I’m one who believes more K-12 teachers should actually have degrees in STEM fields, or have an ability to strengthen their own background in math and science, even if they’re not ‘science’ teachers.”

Once students have learned the basics, it comes down to what Jackson refers to as “intellectual agility.”

“You’ve got to know something to do something,” Jackson says. “The grounding in the fundamentals is critical, but intellectual agility is also important. One can be deliberate about how what one does links to others, and even perhaps stray off the path a little bit to have experiences that will open up one’s perspective and put one’s work in a broader context.”

In fact, that’s how Jackson says she came to work at the intersection of science, technology, and public policy. Rather than continuing to only work as a physicist, Jackson seized opportunities to branch out into academia, as a faculty member at Rutgers University, and into policy as the first woman and first African American to chair the Nuclear Regulatory Commission under former President Bill Clinton. Working within that nexus, Jackson says, has allowed her to make a difference – both in science and in areas like higher education.

In her role as President of Rensselaer Polytechnic Institute, Jackson focuses on two areas to address the “quiet crisis:” educating the next generation and supporting the faculty who she says are “creating the future as we speak,” through their research.

At Rensselaer, Jackson has been intentional in shaping the way students are educated, ensuring they have “intellectual agility, multicultural sophistication, and a global view.” That method of teaching and learning is what Jackson calls “The New Polytechnic,” which she says references the importance of knowledge building on knowledge, and of motivating cooperation across disciplines and across countries.

In addition to having the educational infrastructure, motivation, and mentoring in place to draw in new talent, Jackson says partnerships between universities, industry, and government cannot be ignored. Over time, federal funding for scientific research and development has decreased, she says, and current budget proposals threaten to cut funding for organizations such as the National Science Foundation and the National Institutes of Health.

Although the cuts would be “devastating,” she says the conversation is more than just a political one.

“A lot of the things people do are built on a backbone that has come out of [past] scientific discovery and technological innovation,” Jackson says. “To be able to talk about that kind of connectivity is important. That, to me, is where people miss things.”

“A LOT OF THE THINGS PEOPLE DO ARE BUILT ON A BACKBONE THAT HAS COME OUT OF [PAST] SCIENTIFIC DISCOVERY AND TECHNOLOGICAL INNOVATION. TO BE ABLE TO TALK ABOUT THAT KIND OF CONNECTIVITY IS IMPORTANT”

“It’s really having people see these linkages all the way,” Jackson adds. “That you educate people, that you have to start at the earliest level, that there has to be continuity, and people have to see themselves in these fields. The work people do in these areas has to be supported because these are the public goods on which the private enterprise is built. That’s really the hope.”

Dr. Jackson will be speaking at the NSTMF’s event An Evening With Shirley Ann Jackson at the Massachusetts Institute of Technology on September 26th. 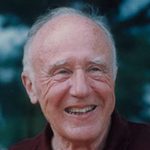 More about John A. Wheeler “Before I left Ohio State, I actually took the exam to…

Learn more about Our Lives, Our Laureates: Lonnie Thompson