Vinton Cerf never imagined how important the internet would become when he helped design it — or how expansive, vastly underestimating the number of web addresses that might be created.

“The hardest problems had to do with the addressing question,” Cerf said, making it global, ruling out geographic markers and guessing how many web addresses would be used. When the technology was created in 1973 and launched in 1983, there was space available for more web addresses than people on the planet.

His work, along with electrical engineer Robert Kahn, creating and implementing the internet — as well as sharing how others could tap into and grow the technology — earned him the 1997 National Medal of Technology.

Cerf’s goal for the internet was to connect people and places at a distance. Far eclipsing that goal, the transformative network now serves as the backbone for many other technologies people rely on daily.

“Getting the architectural pieces right to allow for lots and lots of innovation was part of the key,” Cerf said. “If you invent a new application, you don’t have to change the underlying internet, you just have to change the interpretation of the bits that are flowing around … the software at the edges.”

A key question for developing the internet was what to prioritize. The internet began as a Department of Defense command and control project, the Internet Protocol, requiring the most accurate information available at any given moment.

“I WON’T BE ALIVE WHEN ALL OF THIS ACTUALLY HAPPENS, BUT IT DOESN’T MATTER. WHEN YOU GET TO THINK ABOUT THIS STUFF AND TRY TO WORK OUT THE SOLUTIONS TO THE PROBLEMS — IT’S LIKE BEING PART OF A SCIENCE FICTION STORY.” VINT CERF

“If it is a missile you are trying to track, retransmitting the data about where it was is of far less interest than where is it now. So you don’t mind if you lose data, as long as you get the latest data, in the case of radar,” he added. “The same is true for voice and video. You don’t mind losing the [feed]. You might hear a click or a pop, or you’ll have to say ‘please repeat that,’ but you don’t want a delay in the voice communication.”

One challenge Cerf did anticipate was potential security vulnerabilities. Today, Cerf advocates for bolstering security measures beyond basic usernames and passwords. He is a proponent of two-step verification and using other third-party devices to ensure only authorized users are accessing information or accounts.

“If you’re just using usernames and passwords, you are at great risk. We have the problem of devices that are vulnerable to being taken over or invaded by the bad guys,” Cerf said, advocating for greater defenses built into software. “I even tried to get Google to change the name of our operating system from ‘Android’ to ‘Paranoid.’ The marketing people didn’t like that idea.”

Securing the operating system of devices we use every day is a growing concern as more device are connected to the Internet of Things.

“How is that device going to be updated when you find bugs in the software, which you’re almost certain to find,” Cerf said. “How does the device know when it downloads a new software package that it came from the right place, that it’s not a hacker, or that the code hasn’t been altered in transit on the way?”

Cerf also highlighted the potential for groundbreaking innovation in security.

“How do I build a single device that is capable of holding [all of my] cryptographic passwords,” he said. “[That] is an example of a design challenge, of a scaling challenge.”

Cerf said there are some appealing security benefits to blockchain systems, but noted it is not a catch-all solution for the internet. Cerf explains the complexity of blockchain as a distributed ledger where multiple parties have copies of the same information, segmented in “blocks” of data, and signed by an authorized user to verify their validity.

“It’s hard for somebody to fabricate an instance of a block in the ledger without everybody else noticing it,” he said but noted for large-scale purposes, the level of scrutiny could create a slow verification process.

“I would be cautious about betting too heavily on blockchain. I think it is going to turn out to be a useful technology, but I don’t think it is the hyperbolic thing that a lot of people have made it out to be,” he added.

Beyond securing user information, privacy is increasingly vulnerable from both bad actors as well as unwitting users, Cerf noted.

“Privacy is hard to come by in our society when you think of all of the people running around with mobiles. You can take pictures, you can upload them to the net — without thinking much about the consequences to other people,” he said.

“We can certainly do a lot more to protect the information that companies accumulate in the normal course of their business,” he added.

Fung raised the possibility of a business model built around users controlling their own data — but Cerf noted the personal burden to users could easily become overwhelming.

“It sounds attractive on the surface. On the surface, it is profound — but deep down, it is shallow,” Cerf said. “The problem is complexity. After a while, you would go nuts trying to cope with every request that is made to share a piece of information. We would probably become very frustrated very quickly.”

Cerf said a better path would be to instead establish a clear understanding — before users engage — with what information is going to be collected and for what purpose.

“That transparency and clarity are important so that you can make the decision: Do I want this data used for anything, or not?” he said.

Looking to the future, Cerf’s next big idea is an internet beyond Earth. Cerf is working on an internet infrastructure that can eventually be implemented across the solar system to allow information to be transmitted to spacecraft.

“I won’t be alive when all of this actually happens, but it doesn’t matter. When you get to think about this stuff and try to work out the solutions to the problems — it’s like being part of a science fiction story.” Cerf said. “I’m happy as a clam knowing even a hundred years from now this mission may actually succeed.”

THIS EVENT IS PART OF OUR “AN EVENING WITH” PROGRAM. TO LEARN ABOUT UPCOMING EVENTS, CLICK HERE. 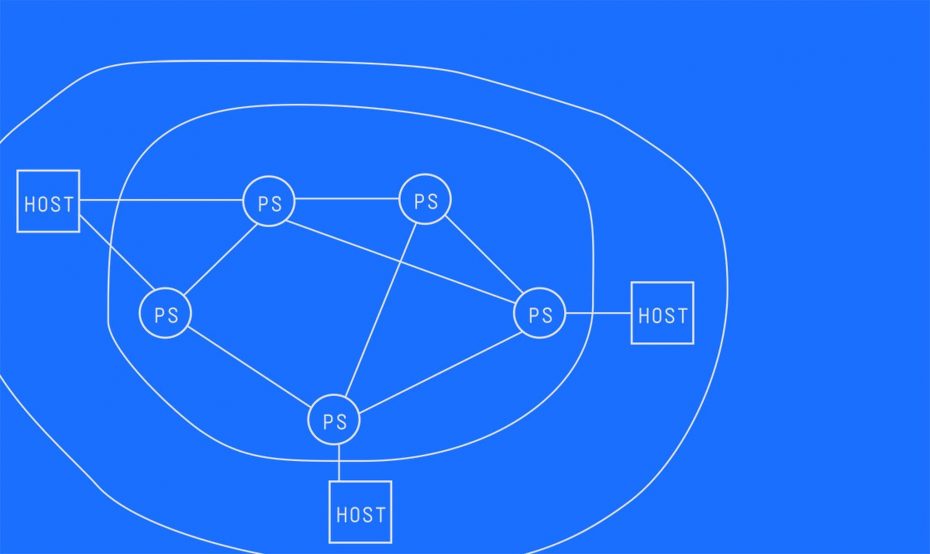 A discussion with the architect of the internet

Learn more about Discovering the Untapped Potential of the Internet