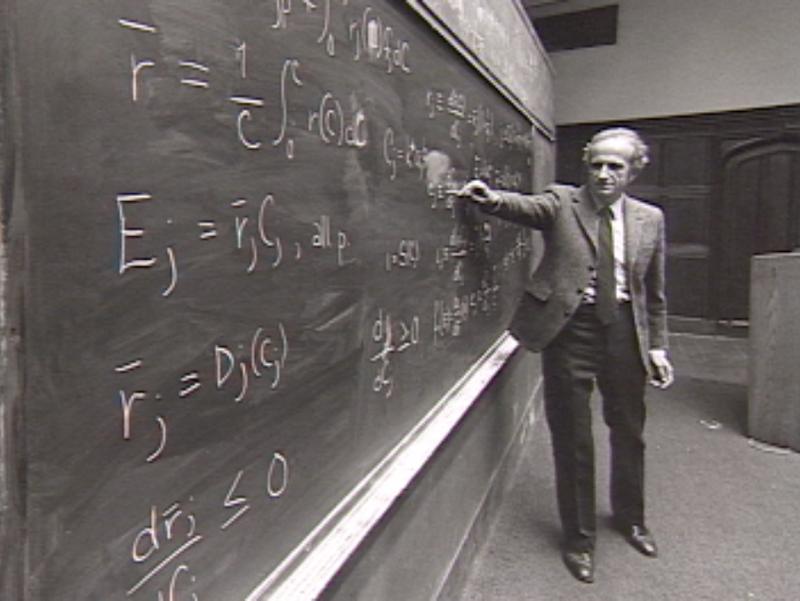 For his pioneering the economic analysis of racial discrimination, inventing the economics of human resources, producing the major modern innovations in economic demography and in economic criminology, and leading recent developments in how social forces shape individual economic behavior.

Gary Becker on one of his influences, Milton Friedman

In the 1950s, economists ignored racial discrimination as a subject for fiscal analysis, casting it aside as a purely sociological phenomenon.

Today, more than six decades later, racism ranks among popular topics researched by economists – thanks, in part, to Gary S. Becker’s 1957 book, “The Economics of Discrimination.”

The work, based on his doctoral thesis, gained notoriety during the civil rights movement by quantifying discrimination in the monetary sense, negatively impacting both the victim and the perpetrator.

In other words: There’s always a cost to avoiding someone else.

“Every time I discriminate – if I decline to hire a black and instead hire a white, when they’re equally productive, but the black is cheaper – I’m losing,” Becker said in 1993.

Known for applying economic principles to everyday life, Becker’s other famous works focus on the economics of families, explaining why wealthier parents have fewer kids – choosing to invest quality over quantity. More about Michael I. Posner