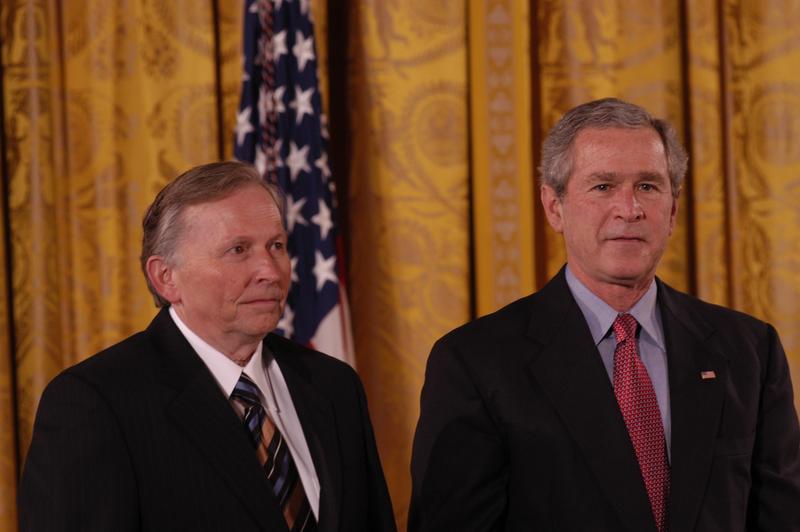 For more than 75 years of support of the cycle of innovation, from research to invention to investment, by supporting faculty and student research at the University of Wisconsin and pioneering the transfer of university ideas to U.S. businesses.

Carl Gudbrandsen on the founding of WARF

The University of Wisconsin at Madison is home to a number of widely recognized, patented research discoveries. And the Wisconsin Alumni Research Foundation (WARF) is largely to thank for making such innovation possible.

Founded in 1925, WARF is the university’s non-profit patenting and licensing organization, which takes the income it receives from its inventions and funnels that money back into the university for continued research support.

The organization was started to protect and manage a discovery by biochemistry professor Harry Steenbock that eventually cured rickets—a disease that causes the softening and weakening of bones in children, usually as the result of a vitamin D deficiency.

But the foundation quickly grew to become a pioneer in the field of university technology transfer, and today, it can brag its support of a wide array of scientific breakthroughs.

Some of these notable research accomplishments include the creation of Warfarin, commonly known as Coumadin, the most widely prescribed blood thinner for treating cardiovascular disease, the most common rodenticide; a storage solution to keep transplant organs viable for longer periods of time; and magnetic resonance imaging (MRI) innovations that improved the diagnosis of trauma-induced injuries.

In addition to supporting university ideas for the public good, WARF is also recognized for its partnerships with some of the nation’s leading companies and its work to ensure the passage of the Bayh-Dole Act in 1980, which gave American universities the right to own inventions spurred by federal funding and license those technologies for commercial development. Why The Best Scientists Fail, Again and Again